NunatsiaqOnline 2012-12-10: NEWS: Ottawa Inuit gather to celebrate Christmas What is Christmas like in the south? Brielle Morgan of Nunatsiaq News tells it like she sees it with her story and a lovely video of how the OICC’s community does Christmas! To read the online article, click here. Don’t forgot to scroll down to the […] 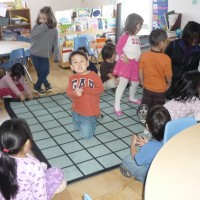 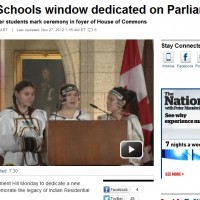 November 27, 2012 by Karen Baker-Anderson I don’t know how to put into words how I felt as I watched the three of them standing before our National Aboriginal leaders. They stood tall and used the gift of their voices and words to impact the people around them. I was overwhelmed with pride. Our kinders […]

In FOUR FEET UP, award-winning photographer and filmmaker Nance Ackerman invites us into the lives of this determined family for an intimate and touching experience of child poverty in one of the richest countries in the world. TO view this TVO documentary, click here. Playtime 46 minutes. TVO. Makes you think!


Jim Watson, Mayor of Ottawa, on November 16, 2012, met with the children at the Ottawa Inuit Children’s Centre in Vanier. During his visit, Watson observed Meeka Arnakaq of Pangnirtung as she lit a qulliq and listened to some of the children at the centre throatsing. When the children were asked afterwards if they knew […]

Heidi and Lynda were featured on CBC’s Absolutely Ottawa’s 4th episode called North Boys, South Girls. Heidi and Lynda share their experiences of growing up Inuk. It aired on Saturday, August 18, 2012 at 7:00 p.m. EDT. The documentary was written, produced and directed by CBC Ottawa’s Lucy van Oldenbarneveld. To learn more about the […] 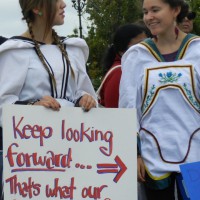 — Kathleen Merritt On September 10, 2012 The National Inuit Youth Council (NIYC) presented their 6th Annual Inuit Celebration of Life even on Parliament Hill, in honor of World Suicide Prevention Day. An independent filmmaker, Alexis Zeville (www.alixiszeville.com ) captured the celebration beautifully, and I am pleased to share it with all of you! You […]


580 CFRA News Talk Radio by Sarah Anderson with Lauren Davis Wednesday, July 18, 2012 Police, youth canoe down the Rideau Canal For police and local Aboriginal youth, the Flotilla of Friendship is a day of canoeing followed by a feast on Victoria Island. The event is more than fun in the sun, though; Ottawa […] 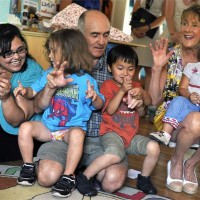 June 21, 2012 Ottawa Citizen Her Excellency visits the Ottawa Inuit Children’s Centre Her Excellency Sharon Johnston visited the Ottawa Inuit Children’s Centre, which offers programs to Inuit children and youth from birth to 13 years of age and their families. She joined preschool children in a kindergarten classroom and met with children participating in […]

©2015 by The Ottawa Inuit Children's Centre | All Rights Reserved.